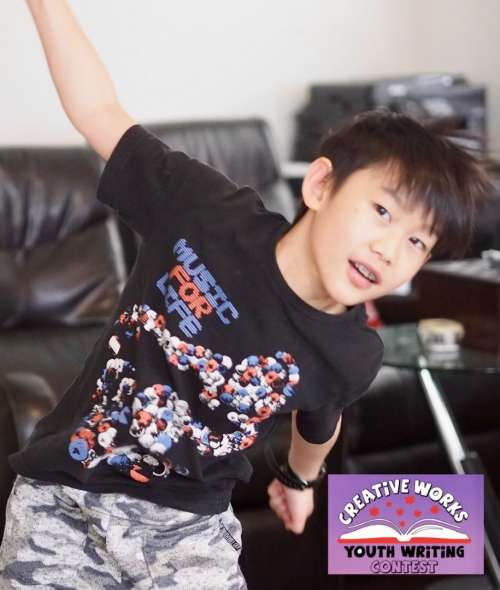 The South Simcoe Arts Council has been shining a spotlight on up and coming writers of all ages, in all genres through its Creative Works Writing Contest for six years.

We are excited to share the winners writings with you over the next few months.

This award is sponsored by Premier Contractors Ltd

Mr. Goodman In The Zoo
by Akira Hsieh

Once upon a time there was a zookeeper. People called him Mr. Goodman because he had a very kind heart.

He had a dog, Mr. Chihuahua, who always happily followed him. Mr. Goodman knew a lot about dogs. He knew what they ate, what they wanted to play and how they felt.
Since he was a child Mr. Goodman liked animals and he loved to go to the zoo. That's why he became a zookeeper.

The first day of working in the zoo he was put in charge of taking care of the elephant, lion and gorilla!

Mr. Goodman was very excited and said, "I will be the best zookeeper in town! I will be good friends with the elephant, lion and gorilla!"
Another zookeeper named Mr. Old Zookeeper said, "Let's start slow and steady."

Unfortunately, Mr. Goodman was so excited and rushed to make friends.

He tried to be friends by feeding them, petting them and tickling them. But he fed meat to the elephant that ate veg. He petted the gorilla that didn't like to be petted. And he tried to tickle the lion who is known as "Frown King". Of course they all didn't like that.

Even though he was very good friends with Mr. Chihuahua, he failed being friends with the zoo animals no matter how much he tried.

Mr. Goodman was sad and wanted revenge on the animals. Mr. Goodman became Mr. Badman. Now he made the animals do hard training and if they didn't pass their training, Mr. Badman would not give them food and water.

Mr. Chihuahua had a bad feeling that Mr.Goodman became bad so he ran away.

One day Mr. Badman made an "Evil" potion which made the animals evil and hostile. They ran away from their cages.

A happy family came to the zoo. When the kid from the family went into the zoo, he saw that there were no animals in the cages. He was confused and said, "What happened?"
Suddenly, the bad animals came and attacked the kid.

Mr. Badman seeing this got scared. He felt something was wrong. He remembered how much he loved to come and see the animals in the zoo when he was a kid. He thought it was bad to use animals to attack an innocent kid.

Then Mr. Badman had a change of mind and he made an antidote to save the animals. He saved them and put them back into their cages.

Mr. Badman apologized to the animals and Mr. Old Zookeeper.

Since Mr. Badman became Mr. Goodman, the animals gave him another chance. Mr. Chihuahua came back and helped feed the animals, train them and much more!

Thank you for reading. Stay tuned for more short stories and poems from our winners.

Filed under: Up & Coming: Youth in the Arts
Share 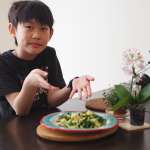