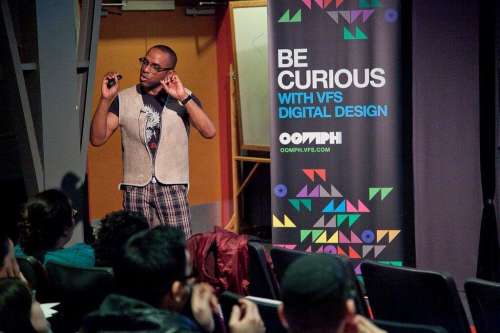 SEAN GEORGE
Artist, Writer and Arts Educator
Sean George was born in Brooklyn, NY, raised in Trinidad, Los Angeles, Vancouver and Toronto. Since 2010 he has been living in beautiful Barrie, Ontario, to be close to his mother and stepfather.
In 1987 he graduated with a diploma in the Fine Arts in Studio Program at Sheridan College. In 1992 he received a BA (with honours) of Fine Arts from Emily Carr University.
In 1995 he began working in the Public Programs and Education Department of the Vancouver Art Gallery. In this capacity he created and facilitated programs for students, adults and seniors. These programs took exhibition content (whether that be the work of Emily Carr, Pablo Picasso or Jeff Wall) and made it accessible to gallery visitors; through writing of text panels, giving talks and running workshops. This period of 15 years (ending in 2010) working in a large gallery allowed Sean to gain much access to some of the best works of art, artists, and wonderful opportunity to develop a strong background in art history.
He has done over ten, six week residencies with ArtStarts in schools based in Vancouver. These residencies saw him working closely with teachers to integrate art into the curriculum. For five years Sean taught art and design history part-time at the Art Institute of Vancouver. For two years he taught An Introduction to Private and Public Galleries in the Continuing Studies Program at Emily Carr University.
By the late 1990's Sean began to put more emphasis on his own artwork, exhibiting, creating, and putting together his portfolio. His primary medium is photography, however he has done installation as well as performance. He has exhibited in nine group shows and three solo exhibitions. His 2010 solo exhibit - Bad Boys: Portraits of Mediated Performance was voted one of the top ten exhibitions in Vancouver by the Georgia Straight.
Since arriving in Ontario, Sean has served five times on juries with the Ontario Arts Council (the cultural arm of the Ontario government). In 2012 he received an Artists in the Community Workplace grant from them; for which he collaborated on a successful project with Mental Health of Simcoe County.
As an artist, art educator, and cultural worker, Sean continues to find meaningful ways to engage in art.
His current exhibition entitled Cold Comfort: Everyday Letters to Vincent Van Gogh is on display at the office gallery of Dr. Chris Schell in Barrie, until April 7, 2014.

I enjoy landscape painting, working primarily in oils and en plein air. I have studied with John David Anderson, Michelle Fleming and taken summer courses at the Haliburton School of Arts. I also study on my own, referencing Ian Roberts and Kevin Macpherson. Regular drawing, both inside and out informs my paintings.

Has been painting since he was 10 years old, developing his abilities as a graduate, Ontario College of Art. Owns and operates his own gallery in Orillia, Ontario. Recipient of scholarships and awards; John Alfsen Award for proficiency in Fine Art; Dorothy Steven's Award, proficiency in painting and drawing; Best in Show, watercolour and pastel, Kempenfest and; Best Traditional Painting, Midland Arts Festival. Private and Corporate Collections: Heritage Club, Orillia; North York Board of Education; John Eaton Jr.; Rosalie Wise Designs. His work has been filmed in a movie " Where the Heart Is"in Toronto and commended the highest price in a charity Silent Auction held at the Ontario College of Art in 1989.
"If there is one element concerning art and whether or not a painting or drawing will be successful, it is, that you should paint what you know. Only then can you truly communicate an honest, sincere message to the viewer." 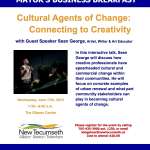 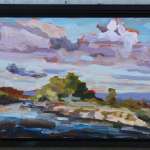 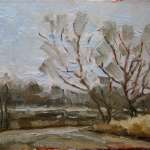