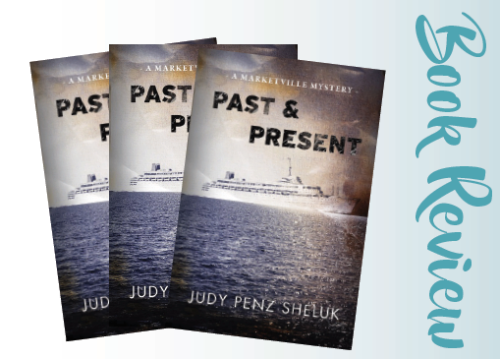 Sometimes the past reaches out to the present...
It’s been thirteen months since Calamity (Callie) Barnstable inherited a house in Marketville under the condition that she search for the person who murdered her mother thirty years earlier. She solves the mystery, but what next Unemployment? Another nine-to-five job in Toronto? Callie decides to set down roots in Marketville, take the skills and knowledge she acquired over the past year, and start her own business: Past & Present Investigations. It’s not long before Callie and her new business partner, best friend Chantelle Marchand, get their first client: a woman who wants to find out everything she can about her grandmother, Anneliese Prei, and how she came to a “bad end” in 1956. It sounds like a perfect first assignment. Except for one thing: Anneliese’s past winds its way into Callie’s present, and not in a manner anyone—least of all Callie—could have predicted.

Inspired by a train case discovered in her late mother’s clothes closet, Sheluk’s real life investigative efforts to unravel her mother’s journey on the T.S.S. Canberra from Southampton to Toronto in 1952 are often mirrored in this fictional mystery set in a town that bears a striking resemblance to Newmarket.