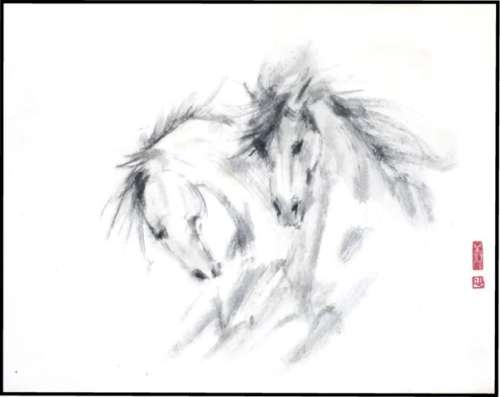 Roslyn Levin has practiced sumi-e or Japanese brushstroke painting, since 1976 & Japanese calligraphy since 2009 having as sensei's, respectively, Tomoko Kodama and Noriko Maeda.

She have painted professionally since 1981. Her work has appeared in both national and international exhibits in Canada as well as in group exhibits in China, and Japan sponsored by Group Yohaku--white space. Her work has also appeared in juried exhibits in London, England. Her paintings are in art collections in Holland, Australia, Great Britain and the United States.

Roslyn has taught sumi-e since 1997. She is known for her ability to capture the essence of her subjects in as little as one brushstroke. Her book, The Brush Dances has well-received by both her students and admirers, since it's publication in 2017.

Sumi-e is a thoughtful artform.

Body, Breath & Brush ar one as I move & breathe with the brush, reaching within to share my spirit with the image on the page in the form of Zen-like renditions of animals, birds, nature & dancers

With sensitive brushwork, precise, yet spontaneous, motion and emotion emerge from the washi (rice paper).

Each piece is painted many times, removing brushstrokes refining composition through use of white space (yohaku) and placement of the namestamp (hanko).

With so few brushstrokes, the grays loaded onto the brush; how the brush is held; wetness of brush & paper; speed & rhythm of breathing are considered.

This is a moving meditation. When the brush is held ready to paint, a calm settles over me. I am one with brush, paint, paper and water flowing and dancing as I create beauty.

My aim in painting, besides bringing beauty to the world, is to help people be more in touch with the world which we are losing due to environmental irresponsibility in the hope that those who have not awoken to the needs of our planet with become aware that we must work to preserve it or it will be gone.

Sumi-e, I have learned, is not just a painting technique. It is a way of approaching life. To work constantly toward perfection in all one does, realizing that it takes time and practice and that one never truly reaches that perfection. 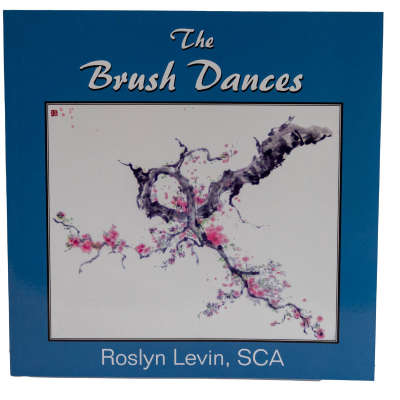