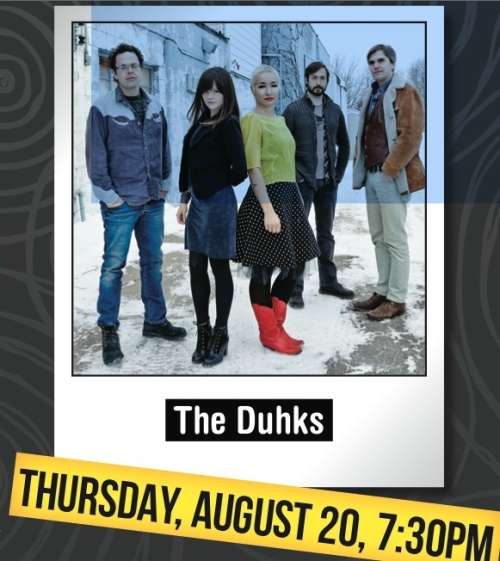  This band is one of the most musically adventurous bands to come from the roots scene in the past decade. Hailed by The New York Times as one of the artists at the forefront of the neo-folk movement, The Duhks, pronounced Duck, have won admirers as diverse as David Crosby, Dolly Parton and Doc Watson. No band epitomizes the polyethnic strands of modern folk music better than The Duhks. Since forming in Winnipeg in 2001 The Duhks have created a dynamic blend of old, timey, French Canadian and Celtic music punched up with shades of blues, soul and driving Afro Cuban rhythms    that leaves festival crowds on their feet. Over the course of four critically acclaimed albums the band has earned Juno and GRAMMY awards and nominations and have played a significant role in the neo folk revival.