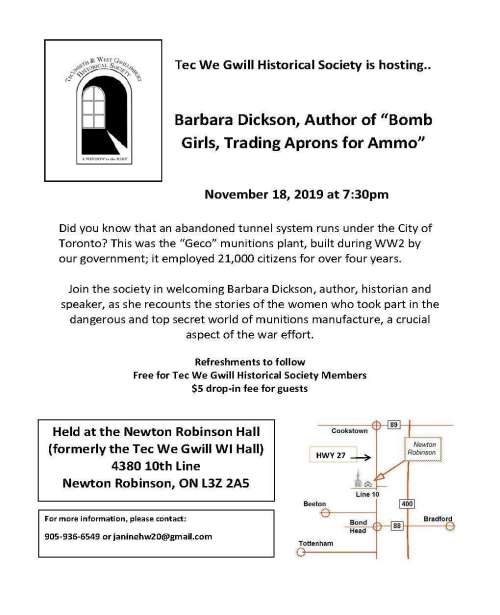 Most of us who live in Ontario have no idea that an abandoned tunnel system, four km. long, runs under the City of Toronto. A munitions plant, called “Geco”, was built there during WW2 by our government employing 21,000 citizens for over four years.
Barbara Dickson is an historian, speaker and author who has enthralled audiences with her thoroughly researched history of the women who left their home lives to do their part for the War effort. Their work there was top secret and dangerous. Her book title bears the apt name “Bomb Girls,Trading Aprons for Ammo”.